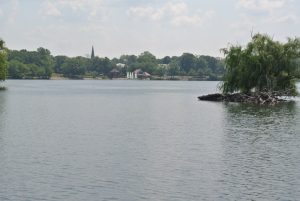 Jamaica Plain, fondly known to many as JP, has always been one of the more socially tolerant communities in the city and is one of the greenest neighborhoods in the city of Boston and boasting 1,000+ acres of green space. The community contains or is bordered by a number of “jewels” of the Emerald Necklace Park system: Olmsted Park, Jamaica Pond (pictured above), the Arnold Arboretum and Franklin Park, which themselves, are connected by parkways: the Arborway, the Jamaicaway, and the Riverway. You can find JP’s active residents enjoying these parks, playgrounds, bike paths, and gardens year-round… including Jim, his wife, and their dogs!!

Jamaica Plain offers both fresh local foods and unique restaurants — you can pick up organic meat and vegetables at the co-op or Whole Foods (one of their smaller outlets), then hop over for a meal of rice and beans with platanos or treat yourself to more upscale fare at aptly named Ten Tables. In fact, diversity is JP’s hallmark and a label that it wears with pride. If you’re sitting in an internet cafe sipping iced coffee while watching a group of Somali girls play soccer, you must be in JP. 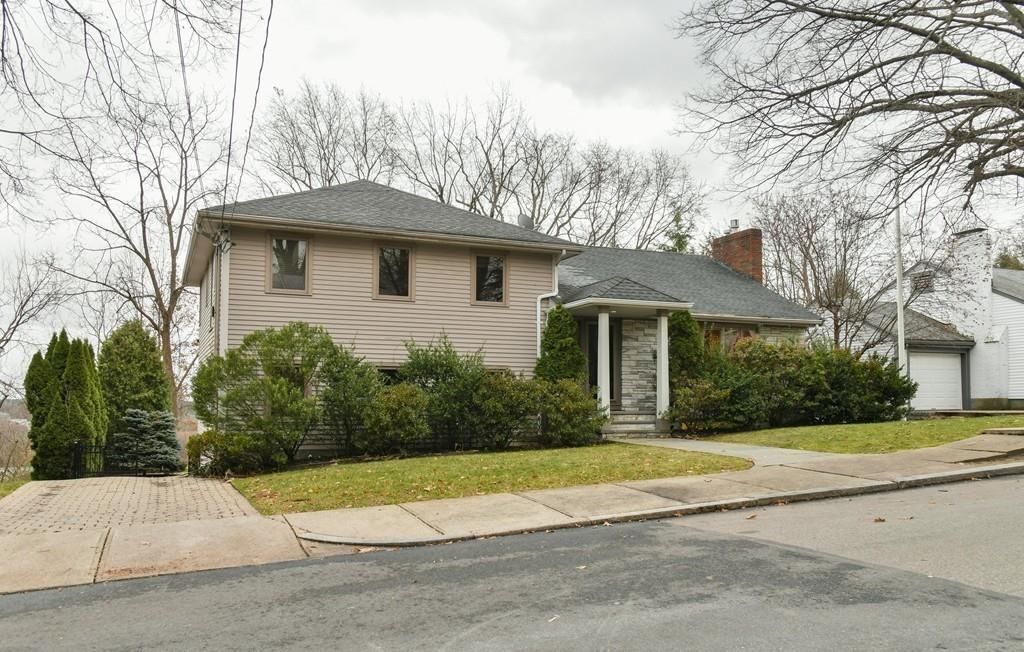 Moss Hill is easily the most affluent area of JP, and the one with the least turnover of houses for sale (and probably zero rentals). The area consists of mostly single family homes, varying in style from ranches to tudors to colonials. Moss Hill homes boast large yards and greenery, which make this area highly desirable for those seeking a more private setting. Enjoy its convenient proximity to 64-acre Larz Anderson Park and Auto Museum, Allandale Farm, the British International School of Boston, and Brigham and Women’s Faulkner Hospital. Thankfully, it’s set back from the hustle and bustle of Arborway and Centre Street because there’s no hustle during rush hours. Moss Hill is only minutes to many JP restaurants, shops and parks. The Bournedale area comes in second behind Moss Hill. Pondside and the ones closest to the Arboretum follow. Forest Hills, Hyde Square, etc. are next, and the neighborhood near Jackson Square comes in last where the vast Bromley-Heath “housing development” is located. JP is generally a safe place to live. Outside of the public-housing areas there isn’t much street crime, although east/south of Centre St or close to Forest Hills are less desirable sections than the rest of the community. JP used to be “affordable” but is now getting pricey. Roslindale, to the south, has more moderately priced housing. 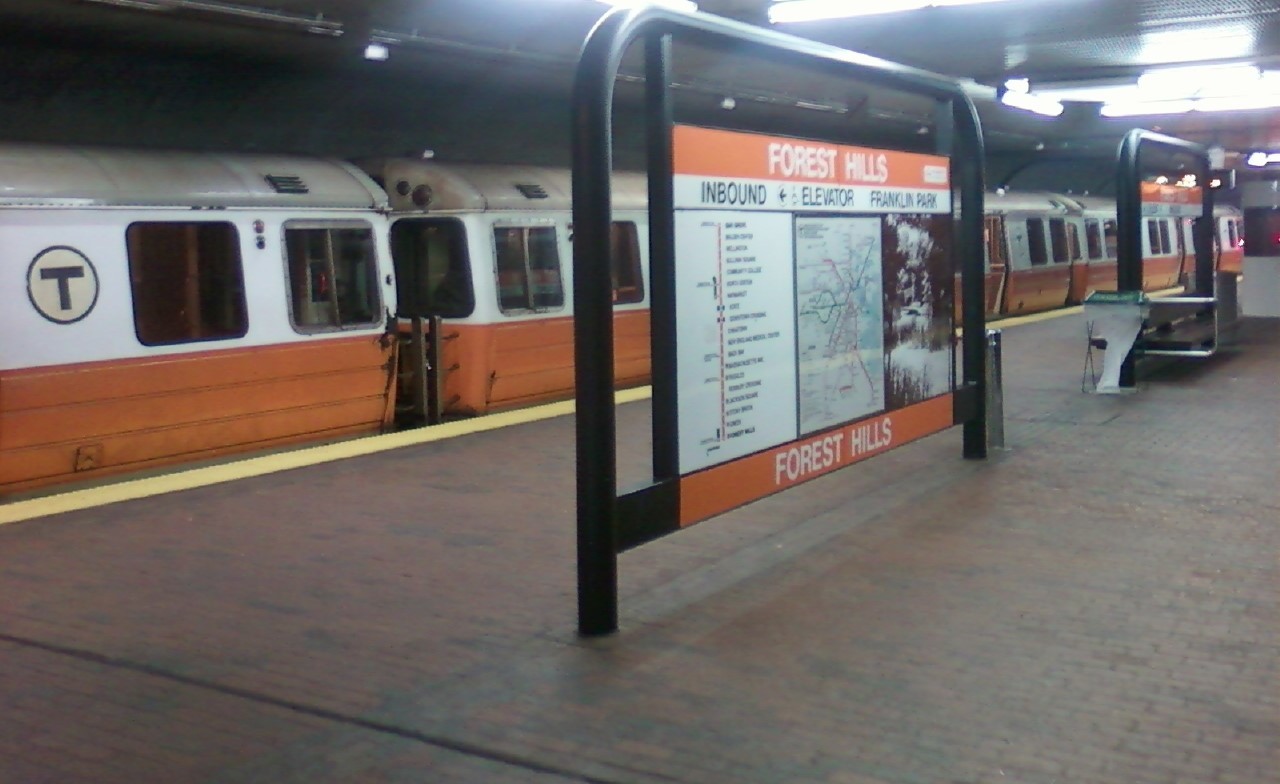 Jamaica Plain is a great location for commuters! Although on-street parking is free, many streets near the MBTA Orange Line station (Forest Hills) are posted “resident permit only”, to discourage commuters from using residential streets as parking lots during the day. But, the convenience of public transportation means you can survive quite nicely without a car here! The Green Line streetcar service terminates at Heath Street and South Huntington Avenue. Bus service continues along South Huntington Avenue, Centre Street, and South Street to its terminus at the Forest Hills Station. The Orange Line rapid transit train line runs below street level through the middle of Jamaica Plain, with stops at Jackson Square, Stony Brook, Green Street, and Forest Hills. Buses connect Jamaica Plain with West Roxbury, Hyde Park, and suburban Dedham and Walpole to the south, and the rest of Boston by street routes. Forest Hills Station is a major transportation hub and is within walking distance of the Arnold Arboretum and Forest Hills Cemetery. All told, there are 19 bus lines running to/from Forest Hills Station as well as the subway and the commuter rail.

Two major bicycle paths serve Jamaica Plain. Along the Southwest Corridor Park is the Pierre Lallement Bicycle Path, which runs from Forest Hills to Back Bay; and, to the west are bicycle paths, which run through the parks of the Emerald Necklace, along Jamaicaway and Riverway. 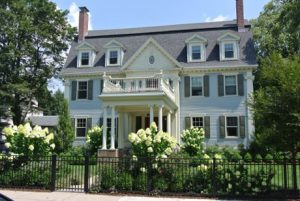 You will find some of the city’s most elegant and historic mansions in JP! Triple-deckers and large Victorians are found throughout JP, and more recently, some of Jamaica Plain’s former brewery buildings have been converted into luxury loft condominiums. These wonderful turn-of-the century spaces were renovated for today’s needs while preserving their beautiful details and historic character.

Boston’s neighborhoods are known to demand loyalty from their residents; but Jamaica Plain should win a prize for the love affair its residents have with their home! In JP, your neighbors will greet you (especially if you have a dog) and they will probably watch your front door when you go out of town. Access here the City of Boston’s official website for Jamaica Plain. 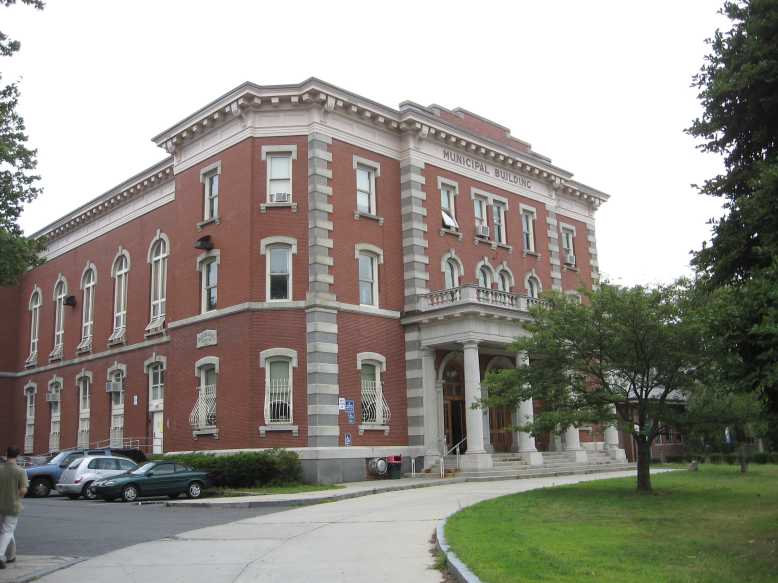 If you have a specific property in mind that you think you might like to buy, The City of Boston maintains a database for the City Assessor which you can access to see what value the City gives the property and what the annual taxes are. Boston does offer a residential tax break for primary residences for which you might need to apply after your purchase. 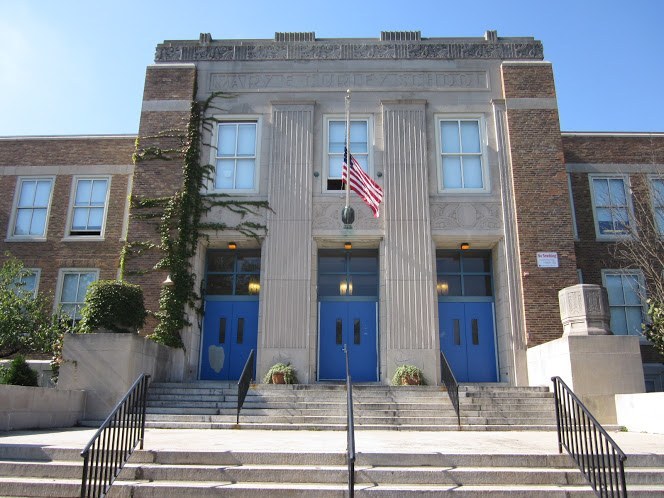 Jamaica Plain lies in the Boston Public School district. Its transportation policies are outlined here. Great Schools provides ratings for most schools in the United States. Below, you can see what schools are near the address you are thinking of buying and then compare it to other neighboring schools. To keep up with daily goings on you can check in online with the Jamaica Plain Gazette, The Patch, the Jamaica Plain News, or, of course, the Boston Globe, and the Boston Herald. Jim enjoys dancing with his JP friends at the 1st church of Jamaica Plain, Unitarian-Universalist every other Saturday. Come join them! Remember, if you need to work hard, and yet come home to a place where you can be biking, boating, or hiking within minutes, Jamaica Plain has you covered. 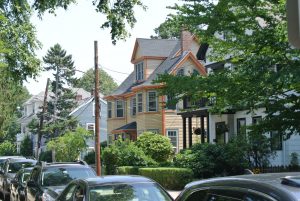 There are not many single-family homes in JP. In fact, there are about eight times more condominium sales in a year than house sales! Single families run from $440,000 to $2,500,000 while condominiums have been running anywhere from $215,000 to $2,300,000. Surprisingly, there are almost as many multi-family homes that sell as single families. Price range for multis is from $575,000 to $14,530,000. Housing prices vary depending upon size, location, and amenities. Also, real estate markets are very fluid and can fluctuate in a matter of hours because homes can come on and off the market daily… even hourly. The following chart is a visual representation of the cyclical nature of real estate and compares the ups and downs of JP to those of all of the city of Boston. 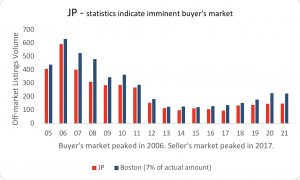 Bookmark this page and check back anytime to see what is currently available in JP. Unlike other search sites which include properties already under contract, this site only shows properties that are truly available. Additionally, you can pick which type of housing – single-family, condo, or multi-family – to see at a glance.